Author of the article is Mr. Nenad Sijakovic

Sincere public servant, not always corresponds to being “an energy policy goals chasing” servant. These two are often opposition to each other. Why is that so? How come that the utilities, once being purely public service providers, with the task of providing homes and industries with the heat and power, are pushed to an “open market” oriented, “goals chasing”, sometimes even purely profit based businesses… What happened with their basic role, public servant role, “social welfare chasing” role. So, did we just manage to kill the social welfare spirit in the utilities in order to increase the social welfare…Is this for real?

Is it so hard to comprehend that some utility services are designed to deliver a particular service and not to chase the profit or a common goals that in average, mathematically speaking, are not suitable for any side, or in another way of putting it, are not custom made as optimal for any individual case, but used for bulk planning of the COMMON TOTAL ENERGY POLICY GOALS. The SERVICES should be the essence that only matters, because they represent the PRODUCT necessary for the overall population that depend on it. Of course, nobody is questioning shall the particular service be delivered in the most efficient way, with the inbuilt optimization which results in the optimal operations, but is questioning the particular optimization function conditions and limits. Maximization of the profit no matter what is NO GO!!! Maximization of the service quality, with the condition of keeping the operations sustainable, while honoring the specifics of each particular industrial field, and/or country, is YES PLEASE GO! 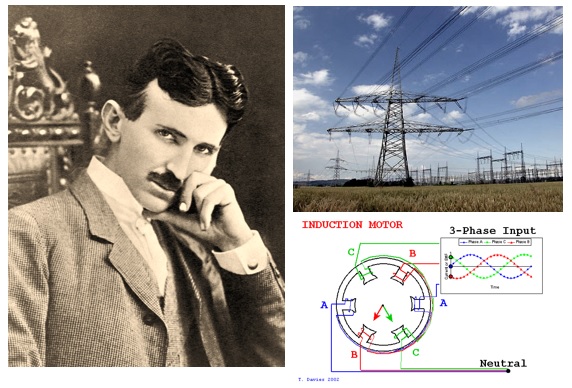 Why we are now trying so badly to take a step back and to make those basic services potentially even unavailable and unreachable to the portion of the population. What is driving us, in the 21st century, to become so inhuman and motivated only by the markets and not by the humanity and prosperity of the human kind…?

Market should be only one of the tools that is in a certain moment and in the certain environment, actually very useful, but not the goal by itself…The goal must remain the humanity and human’s civilization progress and overall prosperity through usage of new technologies and scientific achievements, making our lives easier and our planet better place to live. Am I entering the field of utopia now…I do not think so. Can you imagine having all these great technological achievements, we are actually witnessing and living with today, only two or three hundred years ago, related to the food production, education, medicine, mobility, overall life commodity, of course all depending on the available energy resources…So, this what we actually live today, was utopia two or three hundred years ago, but it is not any more…Just like that, something today considered as an “utopia” might become our reality in the near future, if we work and fight for it.

So what shall we do…

For start, all of us who work for the energy industry, or the energy policy related institutions, should stop behaving like a stock brokers and remember what is our major role…we all are , knowing that or not and willing to accept that or not, public servants and public service providers, and we should start acting as such…We should start sincerely acting as a public servants, or in the better words, servants to the humanity, always keeping the basic Energy Industry- Public Utility role untouched and safe from the never ending, goals chasing GAMES…When we start behaving and acting as such, new ideas will pop up from nowhere, making the overall human civilization more prosperous and worth of saving it and fighting for it!